On December 14, 2022, the SEC unanimously adopted significant changes to the requirements for Rule 10b5-1 trading plans, one day shy of the anniversary of its proposals, including:

The final rules largely track the proposals discussed in our December 16, 2021 client alert, except that, in response to a number of comments from the business community, the SEC:

Although adopted unanimously, Commissioners Peirce and Uyeda expressed reservations about certain aspects of the final rule, including the length of the cooling off period, the “unnecessary” condition for the individual to have “acted in good faith with respect to” the plan, “unnecessary” tabular disclosure requirements about awards of options, the requirement to file insider trading policies on Edgar instead of allowing website posting, “unreasonable” Form 4 deadlines for gifts, the absence of a financial hardship exemption, and the failure to allow trading if MNPI becomes public before the trade.

The final rules will become effective 60 days following publication of the adopting release in the Federal Register. Section 16 reporting persons will be required to comply with the amendments to Forms 4 and 5 for beneficial ownership reports filed on or after April 1, 2023. Issuers will be required to comply with the new disclosure requirements in Exchange Act periodic reports on Forms 10-Q, 10-K, and 20-F and in any proxy or information statements in the first filing that covers the first full fiscal period that begins on or after April 1, 2023. The final amendments defer by six months the date of compliance with the additional disclosure requirements for smaller reporting companies.

Key changes to 10b5-1 requirements

The amendments add new conditions to the availability of the Rule 10b5-1(c)(1) affirmative defense to insider trading liability, including:

The new rules will require increased issuer disclosure regarding Rule 10b5-1 trading arrangements as well as option or option-like equity grants, and issuer insider trading policies and procedures, including: 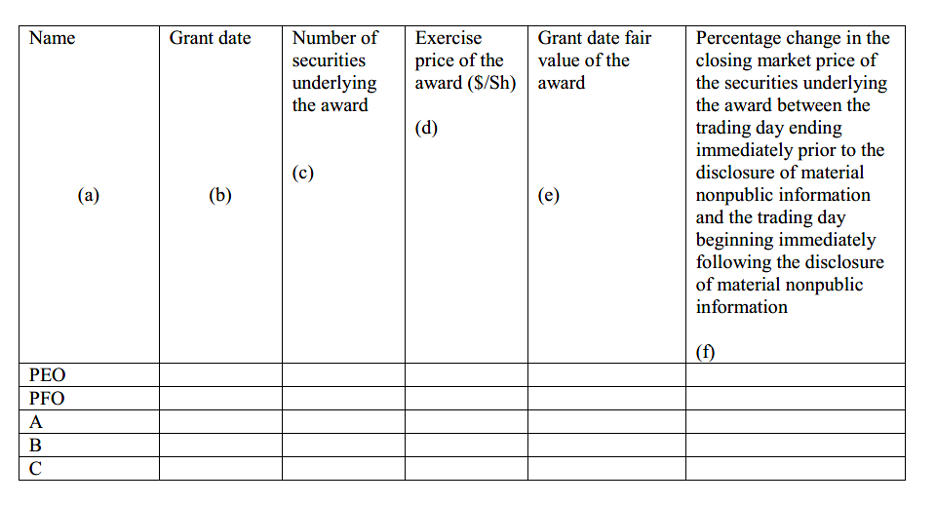 For further information on this topic, please contact Randy Wang, Rob Endicott or any other BCLP Securities and Corporate Governance lawyer. Additional resources are available on our website for the BCLP Securities and Corporate Governance Practice. Bryan Cave Leighton Paisner LLP makes available the information and materials in its website for informational purposes only. The information is general in nature and does not constitute legal advice. Further, the use of this site, and the sending or receipt of any information, does not create any attorney-client relationship between us. Therefore, your communication with us through this website will not be considered as privileged or confidential.

For updates on developments, please follow our US Securities and Corporate Governance blog.